What is the Quad Challenge?
Any runner who completes all four of the Badger Mountain races (15K, 55K, 50 mile and 100 mile) will receive a special award (currently a custom embroidered Craft brand running jacket).
You can finish those 4 distances in any order, any year.
You MUST notify the Race Director if you are close to completing the Quad Challenge (preferably before you finish your 4th event).
The ruck division races count the same as the regular races towards completing the quad.
Your participation in the quad challenge is not tracked until you make it known that you are interested. In other words, we don't know that you've done the Quad unless you tell us.

As of 2022 we have had just 21 quad finishers! (8 females & 13 males)
In 2017 Brendan Thompson became the FIRST finisher of the Quad Challenge. Brendan's times were: 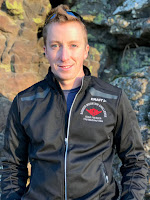 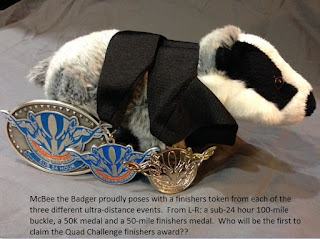